When Zsofi and Al invited me up to Sydney to be a part of their weekend long wedding celebrations, I knew exactly what I was in for. I was going to need a recovery day.

I’d literally never even heard of the Royal National Park, but couldn’t believe something so vast and beautiful, with so few people, could be so close to Sydney. It was insane! There is a tiny little town on the beach with a handful of homes and it felt like the wedding party took over it all.

We kicked off the festivities with a welcome bbq on their stunning beach side airbnb. These are always so much fun as the anticipation of the wedding is building and you get a chance to get to know everyone, so that you’re walking into the wedding already on familiar terms with everyone you previously had never met.

There’s no rest for the wicked and Al had me up bright and early the next morning to join he and the boys down at the beach for a surf. I used my camera as an excuse for not joining them as I would have most definitely died if I tried.

I met the girls back at the beach house where Zsofi completely took our breath away as she floated out onto the balcony in her Rachel Gilbert backless dress. Wow! I couldn’t wait to see Al’s face.

The ceremony was held in a clearing by the river, close by the Audley Dance Hall and Cafe where they would later be having their reception. The backdrop was an impressive cliff of red rock. Their friend and celebrant Liz Anderson took us through a beautiful, heartfelt and hilarious ceremony. The rings were even airdropped in by a drone!

We left the guests enjoying canapés on the river while we explored the natural surrounds to get a few photos. My favourite spot that I’d found as I was driving past in the morning was a part of the forest that had recently been through a backburn. Zsofi and Al, standing in the ashes of the forest in one of their favourite parts of the world, were absolutely mesmerising.

When it comes to the reception end of the day, I’m a firm believer that the best way to capture the dance floor is to join it. It… was…. wild. So much fun partying with these guys and I hope that shines through in the photos! 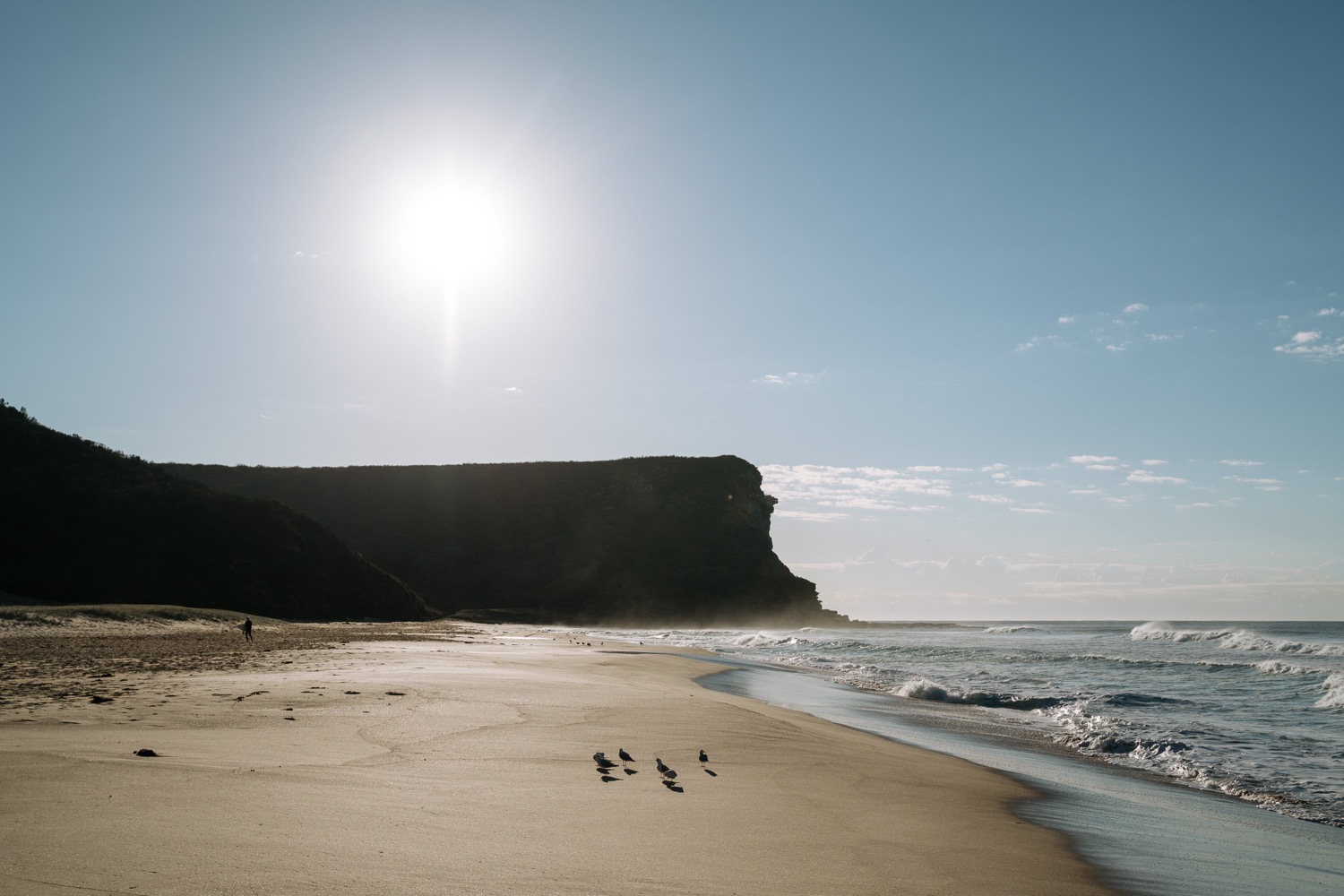