Stones of the Yarra Valley Wedding of Tiffany and Callan

Tell me about your The Beginning!
We met on Facebook, Tiff added Cal and Cal sent Tiff a message with a love heart eye emoji. We had our first date at the Tepenyaki in and our date continued until the following night, with spending the whole next day together going to Meletos winery, which is where we decided to get married.

When and where did you get engaged?
Cal asked Tiffs Mum and Brother for her hand in marriage, a couple of months before the proposal. Tiff’s father had passed away 3 years prior and was laid to rest in Beechworth in country Victoria. Cal had organised a weekend with Tiffs family in Beechworth and organised to meet Tiffs mum and brother at her dads graveside, which was where he asked for Tiffs hand in marriage as Cal wanted to ensure that Tiffs dad was still involved in the process (as typically is it the father whom is asked for their daughters hand in marriage).

The proposal happened on the 5th of December (also tiff’s mums birthday), at their home which is the first house they purchased together and Cal had told Tiff that he had booked a weekend at away staying at the Chadstone hotel. Cal told tiff she needed to be ready at 12pm as he had booked lunch over that side of the city somewhere. As tiff was getting ready, cal mentioned he had a an outdoor present he had purchased for both of them (tiff thought maybe it was a fire pit they had been discussing). Cal blind folded tiff and walked her down to the back of the house and then the song “perfect” by Ed Sheeren came on and Cal walked tiff outside. When they first bought the house there was a rose bush at the front of the house that tiff loved but unfortunately did not survive through the renovation. Cal removed the blind fold and in front of tiff was a new rose bush, cal told tiff it was something they would keep in their family for years and it would need to be repotted. Cal was removing the plant from the pot and was down on one knee at the time, in the bottom of the pot was a ring box and suddenly cal asked tiff to marry him. Tiff of course said yes, amongst many tears.

The rest of day was filled with memorable venues they had gone to (lunch at the restaurant where they become officially a couple, dinner at the restaurant we went to on our first date, stayed at crown where they stayed for one of the first nights away together and continued celebrations with family and friends.

What style/theme have you chosen for your Wedding Day?
We went a simple theme for our wedding, black, white and gold colours with a touch of “medieval” theme/ colours for the reception. We are both traditional and old fashioned in a lot of ways, so this suited us perfectly.

What are you most looking forward to on the day?
Becoming husband and wife and celebrating our special day with our family and friends.

Top Tips!
Get organised early on, we booked a lot of our suppliers 12 months in advance of earlier and this took a lot of stress out of the process.

Tiffany + Callan's A-Team of Suppliers for their Stones of the Yarra Valley Wedding:

Venue: Stones of the Yarra Valley

Ceremony Music: Just Me Plus One

Event Planner: I Do Planning 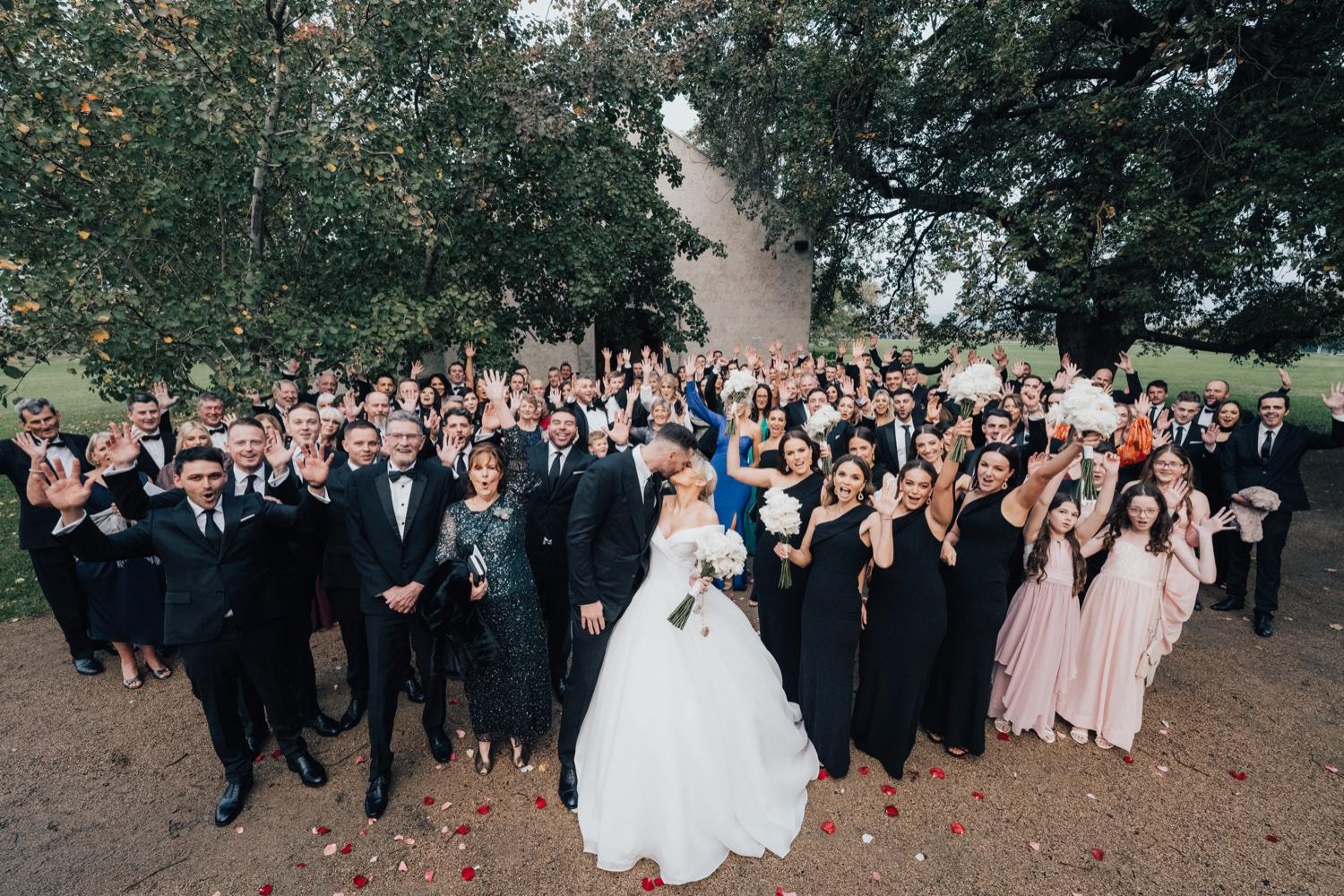