Jackalopement of Hayley and Domenic

Tell me about your The Beginning!
I met Domenic in 2018 through my high school best friend jessica who is now married to Domenics cousin. (a different Jessica to who is attending the wedding) they had been dating for a few years and she was regularly over at his house where Domenic also lived. As they were originally from myrtleford, they were living together in Melbourne with another friend- Ben who is the best man. One night Jessica and I went for a drink in Brunswick. She told me to come to her boyfriends house for pre drinks first before we went as they lived near the city. That was the first time Domenic saw me. Over the course of a few months we all started going out together followed by brunching the following day. Domenic and I would run into each other when we were out clubbing regularly as well. Eventually Domenic decided to get my number and ask me out for dinner and a movie. Although we had been out together multiple times we never had a real conversation and We honestly didn’t know what to expect from a date. To this day, we both say how that first date was so amazing and far exceeded both of our expectations. In fact it’s went so well that we both missed our movie that he had booked… and hadn’t even realised. We just got a long so well. For the next few months we just ate our way through many more amazing dates and eventually made it official and moved in together. And that was it really, the rest is history. Since then we have lived in 3 homes together, bought our first one in 2019 and built our second home and just moved in last week. What a journey it has been!

When and where did you get engaged?
We were engaged at Pt Leo Estate on Valentine’s Day weekend 2021.
But poor Dom’s surprise weekend away did not go to plan that weekend! This was the same weekend that Victoria had that snap lockdown where everyone had to be home by midnight. I remember so clearly as it was a Friday and we had both taken the day off work for a holiday to the Mornington peninsula for valentines day. Domenic has always done nice things for me without reason so going away for the weekend was nothing unusual. I did not think he would be proposing by any means. Throughout the process he actually showed no sign of it and actually choose the ring all on his own and even got the size correct. I had no part in the process and it was honestly a complete shock as he hid it so well.

Anyway, back to the day. He booked accommodation for us at Lancemore but kept it a surprise and actually planned to propose there. We got to Mornington nice and early on the Friday and decided to have breakfast at a cafe in McRae. That is when we started hearing people talk about a snap lockdown. Dom started to look worried which was unlike him as he never let this sort of thing get to him before. I assured him that it won’t happen and if it did it’s not the end of the world as we could come back another weekend. After breakfast he started to get irritated and said that he wanted to listen to the press conference that was starting soon… this was another unusual thing for him to request. And there we were, sitting on the beach in rye listening to Dan andrews say that we have a curfew. We were both gutted. We then drove to the winery that we were meant to check in to so that we could re book for another weekend. When we got there dom decided that we should still keep our dinner reservation that he had booked at the winery and make the most of the day before we had to head back home. Happy with our decision and all for “making the most of a shitty situation” we decided to relax and go to point Leo estate for a wine tasting. It was our first time there and the venue was absolutely beautiful and lifted our spirits. After a tasting dom wanted to go to the sculpture park. We headed out and made our way around until we got to the intimate spot at the back with the water feature. Nobody was in sight and I remember him ahead of me going over to the bench to sit down. Dom has never been one to like crowds and especially wouldn’t want anyone around to witness him doing something that is so intimate and nerve wracking, plus our emotions were running high from the day we had. I started crying and eventually said yes! We then heard someone in the car park yell out congratulations from a far. I still have no idea how they witnessed it.

After that moment we had lunch and he opened up about all the things he had planned for the weekend. Our friends (bridal party) were going to surprise me and join us the next day and he booked us accommodation together followed by the peninsula hot springs, our own igloo and group mud wrapping. I think this was him trying to tell me “it’s up to you now to reschedule all this” haha. It was risky knowing that a snap lockdown could be longer but we moved it all to the following weekend and booked lunch at jackalope which is where we fell in love with the venue. Although it didn’t go to plan and he put a lot of effort into it we made it work the following weekend and treated it like an engagement party. It was lovely.

What style/theme have you chosen for your Wedding Day?
Classic, traditional, sophisticated, timeless, elegant

What are you most looking forward to on the day?
Enjoying an intimate experience without the stress and having those around you understand your vision and style and what you want to achieve from the day.

Top Tips!
It would be to plan in advance and to be organised. That way when the day comes everything will hopefully run seamlessly and how you envision. 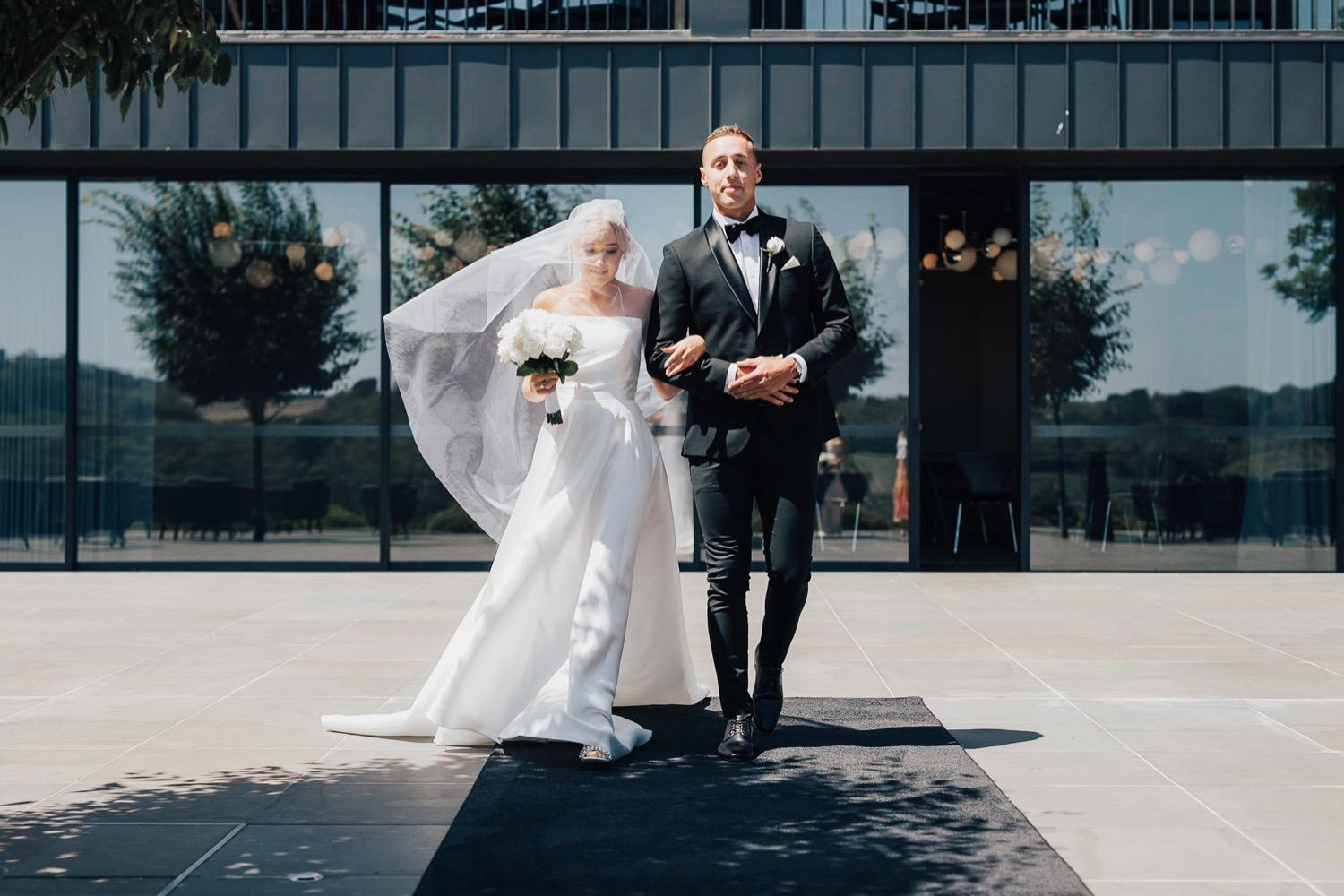