Tell me about your The Beginning!
It begun with the non-traditional but ever-growing trend of meeting online in early 2014. We both had some failed attempts to find love prior, however something was different with our match. Similar interests, similar work fields, strong family ties, and just a different vibe. After a week or two of talking, we decided to meet. It was the middle of February in the peak summer heat (Chris doesn’t like the heat). We agreed on Korean BBQ; Chris had no idea of what exactly that entailed and was mortified to see a blazing BBQ in between him and Emily on this particularly important (and hot) day. Somehow, after several minutes with Emily’s reassurance, Chris began to feel more relaxed, first date jitters dissipated, sweating subsided and a wonderful first date followed. We met eachother’s family early on and both made a great impression on eachother’s parents which also further made us realise how well we fit together. I think we both knew early on that we were meant to be. We really liked eachother, we were well suited, we always wanted to be around eachother, family and friends all approved. It just felt right from the second we met.

When and where did you get engaged?
Pretty simple actually. We organised a nice function for Emily’s 30th birthday, and Chris – using his wisdom – knew to couple a surprise ‘pop the question’ moment during the speeches which transformed the night from a birthday party to an engagement. It didn’t have the grand romantic cliche attached to it but it did have a great surprise element and was witnessed by our closest family and friends.

What style/theme have you chosen for your Wedding Day?
No real theme as such, but we have postponed from Winter to Summer/Autumn. Bridesmaid’s dresses are mulberry velvet, and Emily’s dress is long-sleeved and lacey – more ideal for the cooler months but we’re still rolling with it!. We have pillar candles and greenery running down the centre of each long table at the reception, and being at Immerse it will have a bit of that rustic winery feel to it.

What are you most looking forward to on the day?
Given the fact that this is our third try, we just want to the day to finally be here. I think the ceremony will be really lovely; we’re hoping it will be heartfelt with plenty of laughs. We are both going to enjoy the garden chapel with its stunning backdrop and airy feel. Emily really wants to capture the moment Chris sees her for the first time – I can just picture that cheeky grin. The photos after the ceremony will be great – we have an amazing photographer so really looking forward to that experience! The final moments though would be the best I think; after a big long day that has been postponed multiple times…to finally reach that moment when we’re saying goodbye to our nearest and dearest, knowing we finally did it will be an amazing moment for us.

Top Tips!
Start early, write a to-do list, break it up into sections so it’s not overwhelming, and once you start to get frustrated take a break. Oh and don’t try and plan a wedding in the middle of a global pandemic!

Your vendors are super helpful – use their experience and knowledge to your advantage.

Don’t aim for perfection, and be flexible or you will likely end up being disappointed.

The day should be about you two and celebrating your love – don’t feel like you have to compromise to make others happy!

Venue: Immerse in the Yarra Valley

Signage: Willow and Ink | The Kings of Neon 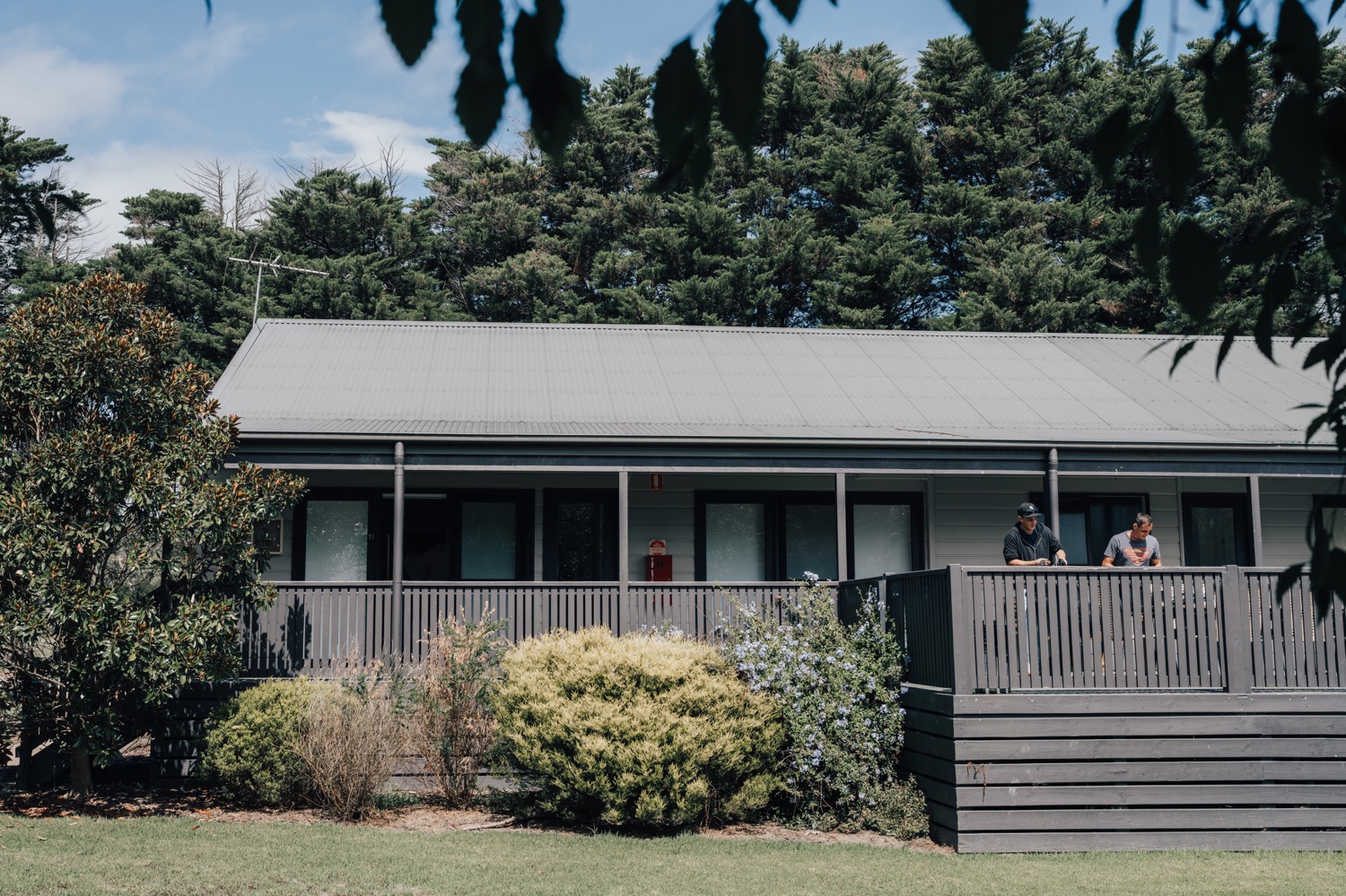